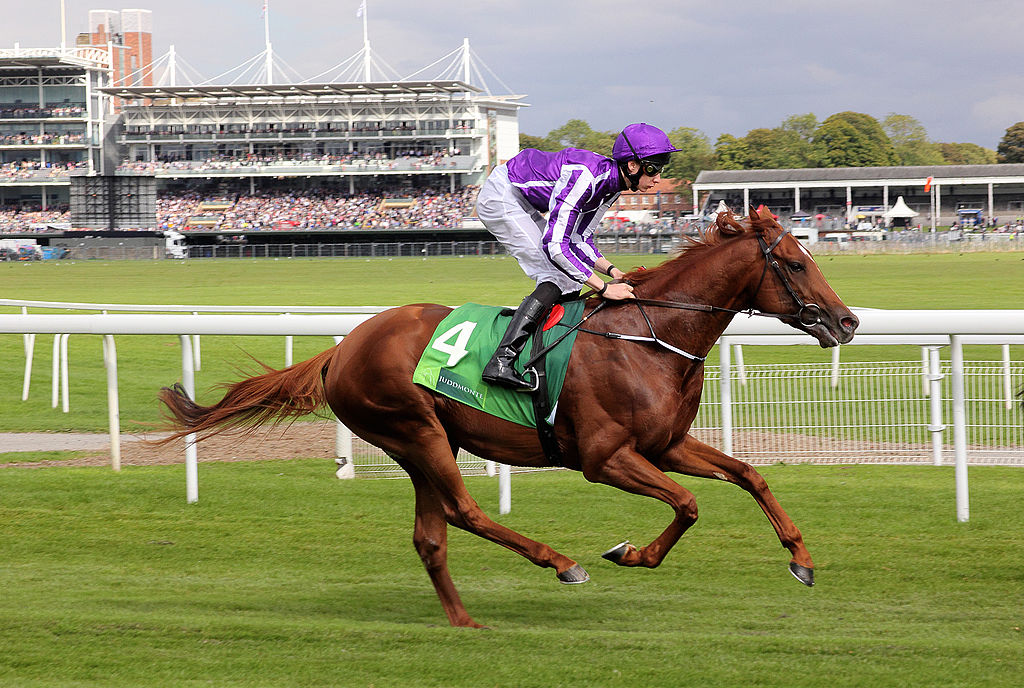 Galileo, High Chaparral, Camelot, Ruler Of The World, Australia, Wings Of Eagles – master Irish racehorse trainer Aidan O’Brien certainly knows what it takes to have an Epsom Derby winner at his Ballydoyle stables.

Those six victories in British Flat horse racing’s premier Classic this century so far make him the undisputed best handler to follow. O’Brien has yet another crop of hot prospects for The Derby which takes place this year on Saturday, 1 June at Epsom Downs in Surrey.

With an embarrassment of riches in the Emerald Isle, and hot off the back of completing the English 1000 and 2000 Guineas double yet again, let’s take a look at his contenders for Derby glory over a mile-and-a-half.

Major O’Brien backers, the Coolmore set, like to name some of the horses they own after famous figures from history. Anthony Van Dyck takes his name from the Flemish painter from the Baroque period and resumed winning ways on his return to action following a busy juvenile campaign.

One of many Galileo colts or fillies at Ballydoyle who have come out of mares with a speedier pedigree, he notched a hat-trick last season. Anthony Van Dyck progressed quickly after landing a Killarney maiden over a mile impressively, then followed-up with Group 3 and Group 2 successes down in trip over seven furlongs.

He then tackled Quorto in the Vincent O’Brien National Stakes on Irish Champions Weekend and found the Godolphin-owned colt just over a length too good. Anthony Van Dyck was far from disgraced when again racing in Group 1 company in the Dewhurst over in the UK at Newmarket when third to Too Darn Hot.

Any punters who forgave his disappointing run at the Breeders’ Cup across the Atlantic in America were rewarded with a price that was far too big on reappearance in the Derby Trial at Lingfield. Bookmakers won’t take a chance with Anthony Van Dyck again in The Derby itself after his commanding performance there.

After winning two of Irish horse racing’s recognised Derby Trials, Australia colt Broome must be respected when thinking about the Epsom Classic. While he only recorded one victory from five starts as a juvenile, he also ran some solid races in defeat and has clearly trained on from two to three.

Broome got a mile last season and was a narrow neck runner-up at Group 1 level when just held by Royal Marine in the Prix Jean-Luc Lagardere during Arc weekend at Lonchamp over in France. That strongly suggested that, provided he made natural progression over the winter, he would want further this term.

As Broome has scored in impressive fashion in both the Ballysax Stakes and Derrinstown Stud Derby Trial over a mile-and-a-quarter at Leopardstown, he has to be regarded as a serious Classic contender. The tactics used on him this season have been to drop him in at the rear of the field off the pace and then pick off rivals as races progress.

Another son of Galileo who could go to Epsom is Japan. He had three runs as a juvenile and could return in the Dante Stakes at York, which is one of the last recognised Classic trials in the British calendar.

Japan clearly learned plenty from his debut run when down the field behind Sydney Opera House in a Curragh maiden, as he has since come out and won twice. After scoring at Listowel during their Harvest Festival on unseasonably heavy ground, he has proven he can handle a sounder surface.

That is because Japan landed the Beresford Stakes over a mile at Naas and that is one of the top juvenile races toward the end of the Irish Flat season. Nabbing victory on the line was all the more impressive because he was short of racing room at a key stage and had to be switched to mount a very late but successful challenge.

Chester form has worked out very well at Epsom in recent years. That makes any winners or eye-catching horses in-behind during the May Festival on the Roodee worthy of consideration going forward to The Derby or Oaks.

Sir Dragonet captured the Chester Vase on just his second career start and unlike other O’Brien inmates didn’t race as a juvenile. As that race is slightly further than The Derby distance and he pulled well clear of the field, this Camelot colt has obvious claims.

While Sir Dragonet is being talked up as a serious Epsom Derby contender by tipsters including Oddschecker, he needs to be supplemented if connections want him to take his chance. That will cost the wealthy owners of Coolmore £85,000 but it’s something they could easily afford and worth the risk – especially when you consider first prize in The Derby is over £850,000.

While last season’s Royal Lodge Stakes winner Mohawk was beaten on reappearance in the Dee Stakes by stable companion Circus Maximus, that doesn’t quite tell the full story of what happened in that Listed contest over a mile-and-a-quarter at Chester. The winner got weight from him and if they line-up again in The Derby, Mohawk will be 5lb better off.

That on paper at least looks more than enough to reverse form. Mohawk is the least fashionable of the O’Brien Epsom possibles mentioned here, because he was beaten three times by Anthony Van Dyck last season. His breeding suggests that going up in trip again will suit.

Mowhawk is a much bigger price for The Derby than others from his stable and – if he comes on for that return to action when racing under a penalty at Chester – looks well worth considering from an each-way betting perspective. Getting a handle on the O’Brien sorts in advance when he’s mob-handed for Epsom is always tough, but one or other of these ought should be involved for Classic honours of this sport.

Though it is supposed to be a major point in life, being a university student is hardly the easiest...